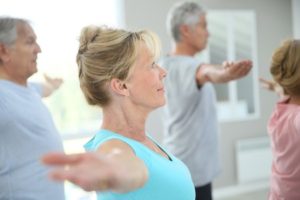 Can a program that reduced falls among Australiaâ€™s older adults by 31 percent find widespread popularity in the U.S.? Although the Stepping On program was first introduced in North America in 2015, implementation of the evidence-based program has been limited in the U.S. A team of scientists set out to test implementation in three Wisconsin community settings with the purpose of modifying the program to make it more appealing to Americans.

The researchers share their discoveries and recommendations in an article published last month on the research-sharing website, frontiersin.org.

How Australia did it

The pilot program for Australiaâ€™s Stepping OnÂ fall prevention model was conducted with community-dwelling older adults who participated in a series of fall prevention classes led by an occupational therapist. This program included a three-month follow-up home visit to reinforce strategies taught in the class.

The program was simple and effective but it wasnâ€™t gaining popularity in the U.S. Could a new Americanized method maintain the effectiveness of the program? The Wisconsin researchers planned to find out.

The U.S. study used a mixture of methods to evaluate the Australian programâ€™s model: rural and urban host sites; program leaders who were health professionals and those with no health background; and a combination of three-month follow-up phone calls and in-home visits. Fall prevention classes remained the hub of the program, with a mix of surveys and interviews completed by site managers, leaders, guest experts and participants.

The three community sites that hosted the U.S. classes were an independent living community, a parks and recreation center, and a rural site hosted by a parish nurse program.

At the conclusion of their study, the U.S. researchers were able to offer a number of evidence-based recommendations:

The studyâ€™s findings have been included in the U.S. edition of theÂ Stepping OnÂ training program and guide for sites in the U.S. Although the Wisconsin study showed that public venues are the best suited to successfully adopt the program, all of us who advocate for the safety of older adults can learn from its strategies. We at Meth-Wick are currently conducting our own fall prevention research. Keep an eye on the blog over the next few months to see what our findings revealed.