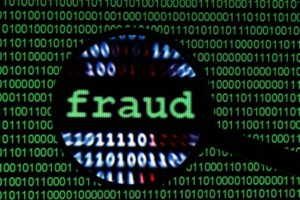 Although anyone can become a victim of financial fraud (deceptive sales and marketing tactics), predators frequently target senior citizens because they are trusting, often live alone and may have reduced cognitive function as part of the aging process. A recent study reveals the problem of senior financial fraud is at an all-time high.

Fraud on the rise

A 2015 study by True Link Financial, a firm that helps clients protect themselves from financial fraud, reported a whopping $36.48 billion is lost annually to elder financial abuse in the U.S. This number is twelve times greater than reported by previous research. True Link tasked its data research team with designing a study to capture the true nature and scope of senior financial abuse in order to provide a complete pictureŌĆösomething dearly lacking in past research.

How did past researchers get it so wrong? A study by MetLife in 2011 was based on financial losses reported in published news stories over a three-month period. This seemed to be a very loose attempt to quantify the crime, given the fact that other research indicated 90 percent of senior financial fraud goes unreported. The ŌĆ£New York State Elder Abuse Prevalence StudyŌĆØ found that for each case of financial fraud reported, 44 cases were unreported. In other words, published newspaper stories are not an accurate reflection of the problem.

Past studies also failed to consider mass-market financial exploitation, including products sold in the anti-aging realm. One example is the fake Botox scam by Arizona thieves that reaped $1.5 million in a year. This type of fraud is especially unsettling because renegade labs create a Botox ŌĆ£home mix,ŌĆØ with no licensing or government supervision, that can include toxic ingredients that cause long-term adverse health problems.

Although Iowa older adults are at risk for many types of financial fraud, there are some scams in our state identified by Iowa Fraud Fighters as being the most common financial investment scams. They are:

A scam not on the Fraud FightersŌĆÖ website is the ŌĆ£Grandparents scam,ŌĆØ which has been reported to Meth-Wick management by a number of residents. With this scam, a caller tells the senior that his/her grandson is in jail (usually for drunk driving) and needs bail money, often for $5,000. If the senior balks, the caller says they can probably get it reduced to $2,500, $1,000 etc. The caller, identified as working at the jail, says a public defender will be in touch. A few minutes later said lawyer calls and is very convincing.

Unfortunately, as you can read on reportscam.com, people are panicked at the idea of their grandson in jail and will wire money, buy gift cards, etc. in an attempt to free him. Most of the reports on this site were made in recent months and are from many states, including Iowa. It is worth taking the time to read these reports to be aware of how the scammers operate in order to protect yourself. Knowledge is power!

The following suggestions are offered by the National Crime Prevention Council to spot a con artist and protect yourself.

It is worth noting that even when following the above guidelines, con artists are not always easy to identify. Many people have been victims of financial fraud, from financial counselors and doctors to teenagers and seniors. The easiest rule of all to remember is this: ŌĆ£If it sounds too good to be true, it probably is.ŌĆØ